Cherry Bombe Blowing Up in Print 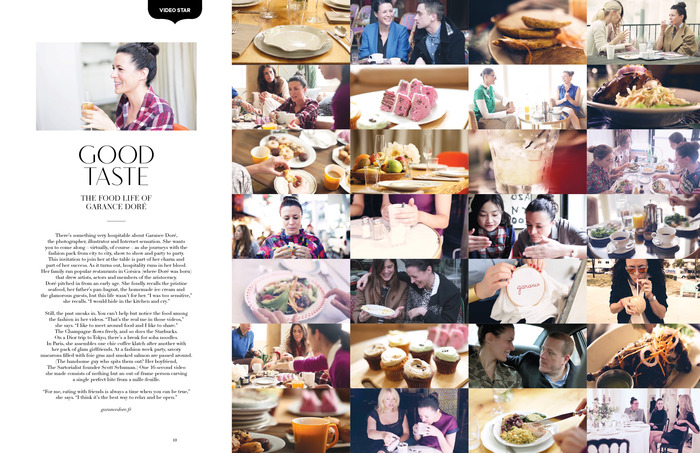 Kerry Diamond and Claudia Wu are taking on the male-dominated food industry in delicious style. Their twice-yearly publication, Cherry Bombe, is a bold and beautiful glossy that is “as delicious and indulgent as the recipes nestled between the covers,” according to Fast Company’s Ayana Byrd.

“The publication’s fierceness comes from being a complete negation of the idea that women aren’t great chefs or groundbreaking leaders in the food industry. The first issue, which debuted in May 2013, was nicknamed ‘The Tastemakers Issue.’ The second centered on female bakers around the world, from the ones making the treats to the ones running the businesses that sell them. And the third, which comes out in June, will showcase more of the women behind the growing foodie movement,” Byrd writes.

Former colleagues at Harper’s Bazaar, the pair launched Cherry Bombe via a Kickstarter campaign in 2013. They leveraged their crowd-sourcing talents to connect with people who are just as passionate about the foodie movement as they are.

“We like older mediums,” says Diamond, who, according to Byrd has a simple, unflinching response to anyone who wants to tell them that print is dead. “When print is dead, so is civilization.”

Amen! Keep dishing this stuff out.