Advertorials and the Ovaltine Effect

I remember the first time I realized that what I was reading was an advertorial – although I had no idea at the time (I was maybe 17?) that this sort of “thing” had a name.

I felt a lot like Ralphie in A Christmas Story when his world was rocked by Little Orphan Annie’s decoder ring come-on for Ovaltine: 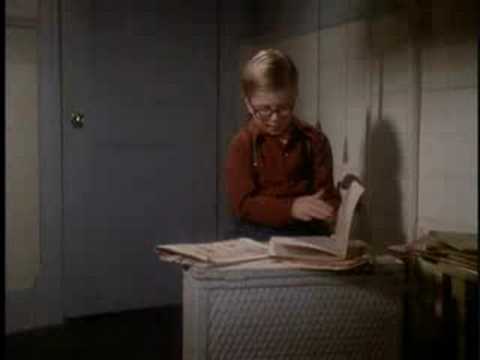 Advertorials have been around for ages, one of the first forms of sponsored content to insinuate its way into the editorial process, and the need to boost print advertising revenue has ramped up their presence in many publications.

And we still don’t like them. We still don’t want to be sold Ovaltine on the sly. We want our commercials to look and feel like commercials, not interrupt our pleasurable pursuits. And we will listen to commercials when they are well done. But really, would the e-Trade babies ever have become legend if they were trotted into the broadcast booth as color commentators on Super Bowl Sunday?

And yet, advertorials are big business, and former detractors are now singing (and selling) their praises.

Michael Winkleman of Leverage Media, a content marketing firm, writes in Folio: that he’s had “a change of heart” over advertorials. This shift was brought about by research he was doing for a presentation for editors and publishers of association publications.

“I was surprised by the volume of advertorials, but more than that, I was impressed by the content—the ways in which most of the advertisers sponsoring the advertorials were able to suppress their natural desire to show their wares and instead focused on showing their value to the reader (this was true even in most of the more overt pay-for-play placements),” Winkleman explains.

He notes his favorite of the ones he sampled, a two-page spread in Fortune from Dematic.

“The Dematic presence was subtle, highlighted by an “advertisement” label on each page, a small logo, a small box containing contact information, and, of course, some well-placed quotes from Dematic thought-leaders in the text,” he notes.

And that right there is the problem. The presence is subtle. It masquerades as editorial, even journalism, while clearly pushing the company’s objectives, right down to the “well-placed quotes” from Dematic. Winkleman admits several of the associations he’s talked with aren’t convinced.

“They are afraid that readers will confuse it with conventional editorial, that it will undermine their publications’ integrity, that it will alienate their members or that it will eat into their display advertising revenue stream.”

While he notes these concerns, he glosses over them in saying that advertorials “have been visited by the content revolution.”

Revolutionized or not, those publishers are still right to be wary – about their editorial integrity, their reader response and their ad revenues. Let the commercials be the commercials. That stealth pitch for Ovaltine could end up leaving a very bad taste in your readers’ mouths.