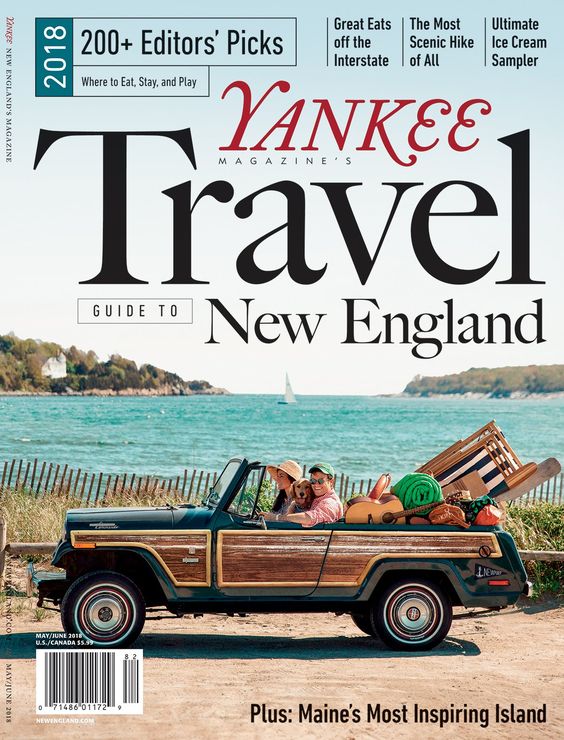 Three year ago, we congratulated Yankee Magazine on their 80th anniversary in print. At the time, Sydney Ember in The New York Times compared the magazine to a hardy New Englander.

“Yankee has stuck it out, in much the same form, while more renowned print publications have succumbed to the challenges of the digital age,” Ember wrote at the time. “The magazine still depends on print subscriptions, which cost $28 a year, for the bulk of its revenue. Its website does not have a pay wall.”

Around that same time, the team started reassessing their priorities and where they wanted to head as a brand.

“For decades, Yankee magazine has been a staple in homes and checkout lines across New England,” writes Caysey Welton in Folio about their brand’s current strategy. “It’s one piece of Yankee Publishing’s portfolio—which also includes the iconic 226-year-old The Old Farmer’s Almanac and New Hampshire magazine—but Yankee is the company’s flagship and it is becoming a national brand, with more than 60 percent of its audience now coming from outside of New England.”

“Starting three years ago we identified our business priorities, and we saw ourselves becoming more than a print magazine or regional publication,” confirmed publisher Brook Holmberg. “So we relaunched our website in 2016. And we thought about what we could do for a national audience in order to get them to read about New England. We always owned the URL newengland.com but we weren’t really using it. So when we relaunched we decided to take that URL and offer free content separate from the magazine.”

As Welton notes, the brand didn’t pivot away from print or paid content, as so many publishers have in the past few years. Instead, they installed that paywall for the magazine content, and created unique content to use online for brand awareness.

As part of their aim to become a national brand, they partnered with public TV station WGBH of Boston, creating the popular “Weekends with Yankee” series.

“The goal of the series is to shine a spotlight on the region over 13 weeks. It was picked up by PBS in 49 out of 50 states,” Holmberg explains. “We also had hundreds-of-thousands of viewers, so that really showed there is a national interest here.”

That has translated into “six-figure ad buys” and opportunities to pursue deals with Netflix, Hulu, and Amazon.

Even with the digital and television channels performing nicely, they are still at heart a legacy print brand, according to Welton.

“Yankee also offers some of the digital ad products you’d expect from premium publishers in 2018, including native units that can be placed in e-letters,” Welton explains. “Still, at the end of the day, the Yankee magazine brand legacy was built on print, so this pivot in today’s market begs to ask: Where print does fit into the equation moving forward?”

“Print is still the core today, and even with our fancy website the goal is to sell print subscriptions,” Holmberg says. “It’s what our audience and our profits tell us. My thinking is that in five or 10 years from now there will still be a print form. It will probably be nicer than it is today. We are already bimonthly so I don’t foresee less than that, but I think a better product that that people want to hold on to is where the industry is heading, and we don’t expect us to move away from that.”

It’s this kind of forward thinking, rooting in the legacy of the past that defines much of what’s great about the New England spirit, and the magazine. So it’s no surprise to see it working so well for them as Yankee continues to morph from regional publication into a nationally-recognized magazine brand.

In our continued commitment to color management, Freeport Press is proud to announce that John Stewart,...