The Single-Minded Vision of Jo Packham 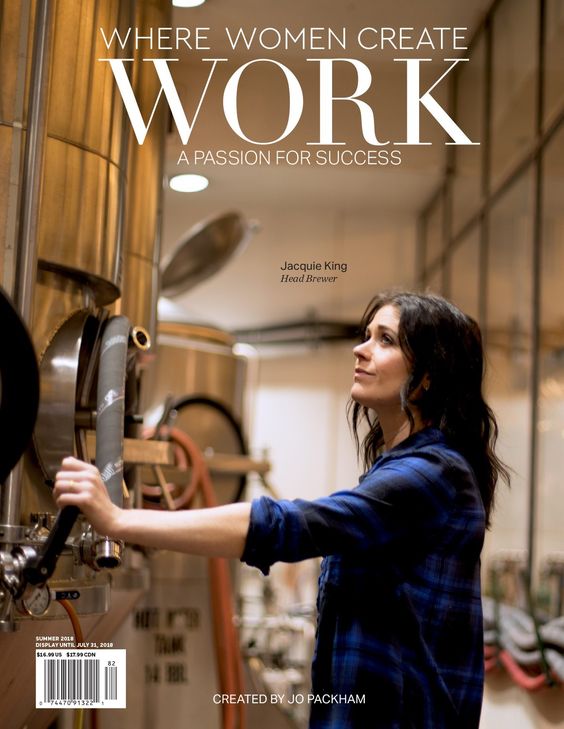 For Jo Packham, print publishing is in the blood.

“I’m a traditional print girl. I was in book publishing for 30 years,” she explained in an interview with Samir “Mr. Magazine” Husni. “When that ended and I got the opportunity to do the magazines; I don’t even go on Instagram. I don’t answer my phone; I hate anything technological. I really love paper and print. I wouldn’t have even considered anything else.”

The magazines she speaks of are beautiful print publications about creativity and passionate women. Beginning with Where Women Create, originally published by Stampington & Company, Packham chose to create a vehicle that would express the raw talent and uniqueness of the women she features. Her primary goal? To give creative women an outlet to share what they do, in their own voice and style.

“In the early days what I had to do was go to the crafters and the creative people, because they have fabulous kitchens and they like to cook, they don’t consider themselves foodies, but because they’re so creative they like to cook,” she explained. “So, we would feature five of them with really beautiful kitchens and then we would feature five of the top food bloggers and foodies in the country and focus on their food. And it kind of became more of a cooking magazine than a ‘where’ magazine, it just morphed into that. But we still try to include some kitchens and other kinds of things, but that’s the way it started.”

“Since parting company with Stampington & Company, where she had had a long-running relationship, Jo is now feeling unencumbered by guidelines and predisposed aesthetics, and is enjoying spreading her wings a bit,” Husni notes. “And while she is grateful for everything she shared with Stampington, she is also excited by the future’s possibilities. Even though she says (her words, not mine) who knows what’s going to happen with a 70-year-old, self-proclaimed idea woman. If Mr. Magazine™ could offer his opinion here (and why not, it is my blog after all), I’d say 70 is the new 50 and that is just the right age for Jo Packham and her latest endeavors.”

For the women who are featured in her titles, this is a very good thing. She has been able to translate her vision for her magazines into expensive print titles and a business model based on newsstand sales, not advertising. And she’s realistic about what could happen, even as she says she’s “living the dream.”

“But I also know that I could wake up in the morning and Barnes & Noble could go bankrupt and there could be no more distributor for the magazines and we would be done,” Packham notes.

Given what we learned about her in the interview, we expect she’d land firmly on her feet if that happens. It’s her passion for the task that shows through, and that kind of commitment to a vision transcends platform and business model.