The social giant seems increasingly prone to distancing itself from responsibility by enacting sweeping changes meant to fix what’s broken. 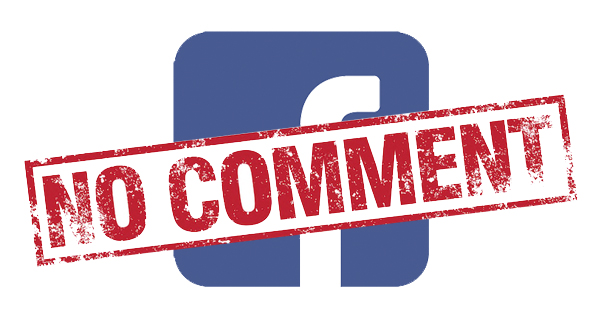 By now you’ve probably heard about the massive data breach that impacted up to 90 million users. Oddly, the general reaction from most FB users seems to be a bit … who cares? But it goes a lot deeper than you may realize, write Brian Barrett and Lily Hay Newman in Wired.

“On Friday, Facebook revealed that it had suffered a security breach that impacted at least 50 million of its users, and possibly as many as 90 million,” they write. “What it failed to mention initially, but revealed in a followup call Friday afternoon, is that the flaw affects more than just Facebook. If your account was impacted it means that a hacker could have accessed any account that you log into using Facebook.”

With the ease of single sign-ons (SSO) we’ve all gotten a bit lazy with our log-in habits; I know I have several site that I log into using my FB access; it’s just easier.

“The idea is to use a trusted service—like Facebook Google, Twitter, and so on—to log into sites and services across the web, rather than create a unique profile for each one,” the article continues. “That saves time, and ensures you’re logging in through an entity you trust. In this case, it also appears to have potentially made Facebook’s breach an internet-wide calamity, at least for those impacted.”

As per usual with Facebook data glitches, the full extent of the exposure is hard to know – although they do say you should have received a notification if you’re one of the 50 – or was it 90 – million possibly impacted.

All this just piles on to FB’s increasing drama, including the mounting legal challenges and claims of intentional fraud in their ad metrics. The company is known for its “work fast and break things” approach to development, and that may have served them well in their startup years. But with their massive popularity and huge reach, when they do “break things” – like they did with the Cambridge Analytics debacle – their sweeping “fixes” cause massive disruption too.

Their response to that issue was to cut off third party data access to advertisers beginning this month, leaving advertisers to purchase their own.

“Previously Facebook had gathered this data for advertisers using its self-service ad buying tool and made the data available through its Partner Categories ad targeting option,” writes Tim Peterson in Digiday. “After the Cambridge Analytica scandal, the social network decided it didn’t want to be responsible for the data that advertisers bring into its walled garden, so it eliminated Partner Categories and another Facebook-managed third-party data program.”

“Now advertisers will have to piece together their own third-party data deals from a company like Oracle if they didn’t have any in place already. The wrinkle is that advertisers aren’t really sure how much they were previously paying for that data when Facebook was the one managing those deals.”

Likewise, after facing Congressional scrutiny about their role in fake political advertising, they swept legitimate new publishers up in their new ad policies, basically lumping news media under the banner of political advertisers.

Facebook’s rapid global expansion (more than 80% of its users are not in the U.S.) has been linked to political turmoil and hate speech around the world, notes John Oliver in this funny/not funny (and NSFW) video.

As Oliver rightly points out, their mantra of connecting the world comes with massive responsibility. And clearly, they are not up to the task.

The one common denominator we’ve seen in so many articles about Zuckerberg’s company is that “Facebook did not response to a request for comment.” And when they do respond, it’s with half-stories and sweeping generalizations.

It’s time to hold them accountable. Is it possible to have a social platform on which hate doesn’t flourish? It must be. But it doesn’t come easy, and it doesn’t come fast. Fix this, and do it right, Mr. Z.